Thanks to Anjem Ahmed for providing a report from the Royton Trail Race. If you would like to provide a race report for any race that you have taken part in, please let Nick Barton know.

On a warm Wednesday evening, 10thJuly,  253 runners took part in the 13thannual Royton Trail Race.  The undulating course of 5.5 miles was run over trails and paths with an elevation gain of 460ft. For the first time in the event’s history chip timing was employed.  Rochdale Harriers were well represented with 15 club members taking part. 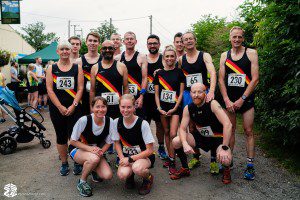 The race started with a fast downhill section, getting all the runners nicely into their stride, then flattening out before most of the climbing started after 3 miles and thankfully ending in a downhill finish. 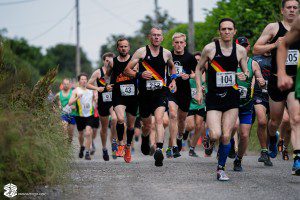 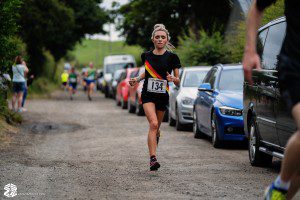 The men’s team prize was won by a great performance by the Rochdale Harriers, with Chris Merchant (3rd, 33:26) and the train of Danny Bennett (34:54), Philip Hinchcliffe (34:59) and Richard Stirzaker (35:30) coming in 7th,8thand 9th. Chris and Danny also both won their age categories MV45 and MV50 respectively.  The women’s team prize, was won by Royton Road Runners who re-captured their title from our own women’s team who won last year.

Post race sandwiches were on offer with many a participant popping into the Tandle Hill Tavern for a well earned drink on this muggy warm day!  Back again next year, with the men’s team with a title to defend and the women’s team to try and re-capture the title!

All photographs thanks to Zain Zia Photography.